As a regular school tuck shop and bakery staple, the meat mince pie has filled my belly countless times. Sometimes the pastry is too hard, sometimes there’s a lot of gravy and not very much else, sometimes I feel as if I’ve just eaten a giant ball of fat.

Crispy golden pastry that gives way to a flowing, molten gravy of well-seasoned mince – that’s what a mince pie should be like. Once eaten, it should sit comfortably in the stomach, leaving only crumbs of pastry and a warm, satisfied smile on your face.

That’s what I was aiming for when I made my mini mince pies but unfortunately I missed the mark slightly.

I found a recipe on Taste.com.au and made some adjustments to it:

The filling of my little pies turned out a bit under-seasoned and very dry (no flowing molten gravy of mince here), which was probably caused by my adjustment of the recipe. It also lacked the wonderful depth of flavour I found when I made a Guinness and steak pie last Christmas.

I love pie so I’m going to keep working on this recipe, especially with winter settling in. Nothing better than a hearty meat pie to fill an empty belly on a cold day 😉 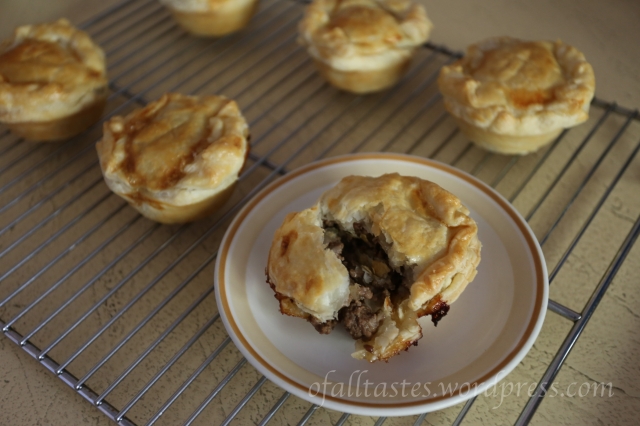 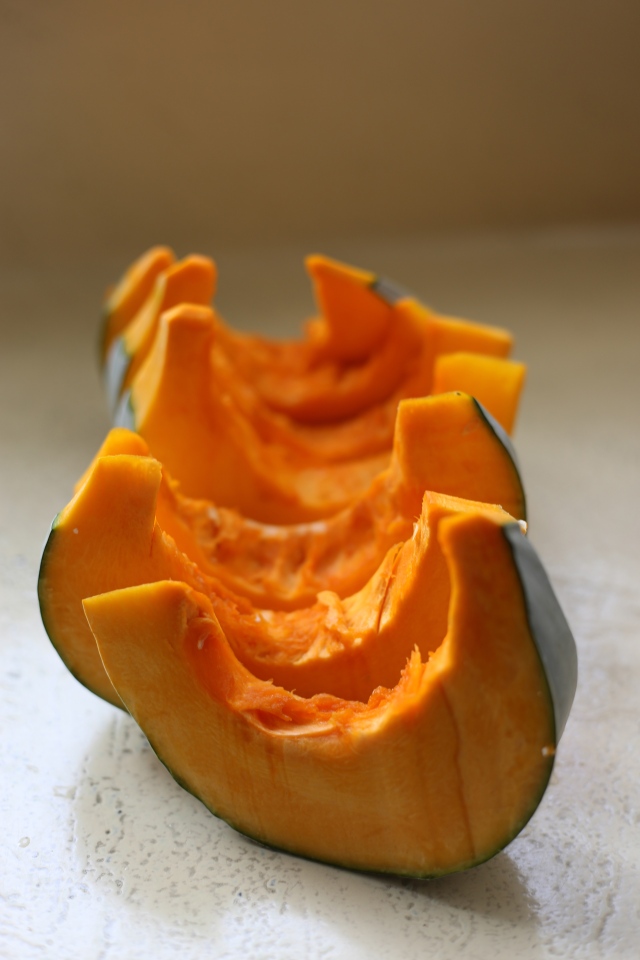 Last week my parents bought a pumpkin and said, “Tao, make something out of this.” I said, “Soup?” They said, “No…” I said, “Pie?” And they said, “Yes!” From my last experience making pie, I knew it was going to take forever, or at least the whole day, so I chose to attempt it at the beginning of my two-week break before uni starts again.

Unlike most of the other things I’ve made so far, I’ve never had pumpkin pie before. I don’t actually think I’ve ever had much pumpkin full stop. For this reason, I really felt like I was “baking blind” – all I could do was follow the recipe as best I could and trust that the result turns out as it’s meant to be. I suppose it’s a bit redundant worrying about how it should turn out because I don’t have anything to compare it with but there’s a greater sense of security, for me, that comes with knowing the taste and texture of whatever it is you’re cooking.

Funny, and not in a ‘ha ha’ kind of sense, that I had trouble finding a recipe that I was happy with. I ended up mostly following this one found at BBC Good Food and followed the instructions here to making pumpkin puree from scratch. In hindsight I don’t really know why I needed instructions to puree pumpkin, it’s commonsense, really! Also, because I don’t have a large pie or tart dish handy I just used my small tart dishes and I ended up making eight really full tarts.

When I was mashing the pumpkin I thought, “Why not make this harder for myself and push all of this through a sieve!” Half an hour later, I had stiff hands but very smooth pureed pumpkin. I guess it was worth the effort but I’m not sure I would have lost much sleep over it if it wasn’t completely smooth.

I also made my own pastry, although I’m not quite sure I achieved short crust pastry. No matter, it tasted good and made my kitchen smell mouth-wateringly delicious when I blind baked them. I would, however, like to be able to perfect my pastry-making skills eventually, even though that’s probably highly dangerous for my waistline.

The instructions I followed for the pastry can be found here. 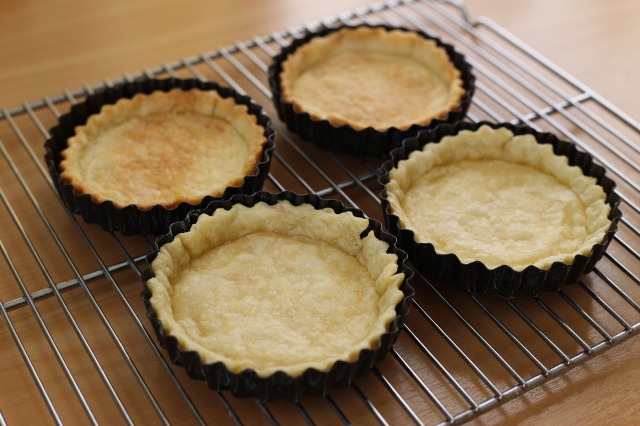 Everything went pretty smoothly and the pies tasted pretty good. I’m not sure if I would go through the trouble of making it all again but I’m definitely glad I gave it a go.